Morning! I hope that you all had a lovely bank holiday weekend. I had help with my Big Shot cutting yesterday – my “little Big Shot helper”! Take a look: 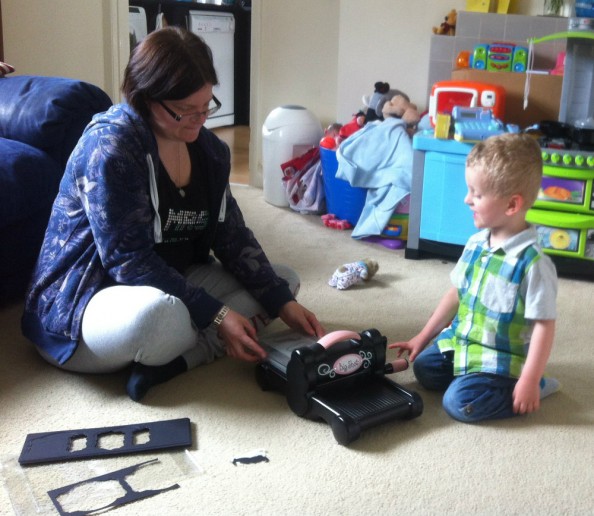 I lined up the cardstock and the die, sorted the plate sandwich, and then Smidge turned the handle and fed it all through the machine! 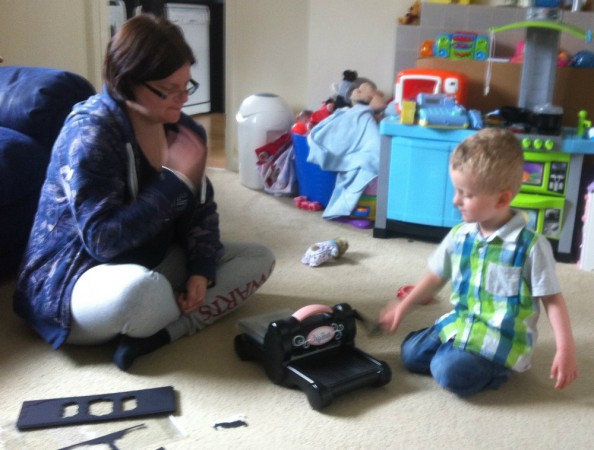 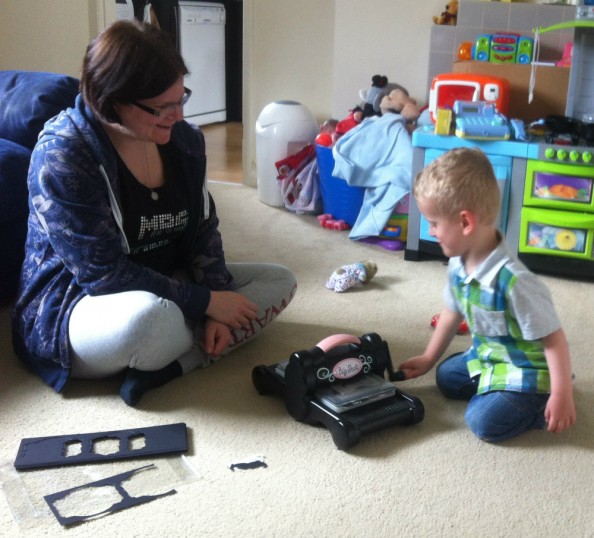 As we progressed, he decided he pretty much wanted to do it by himself: 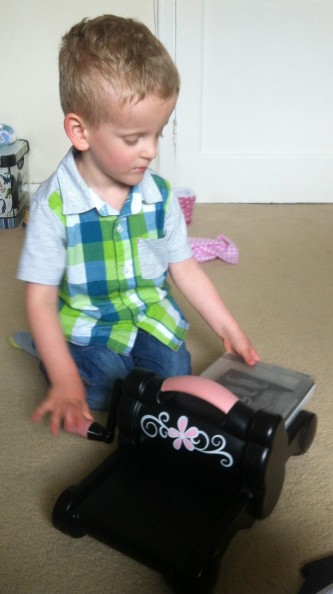 Including getting the die-cuts out of the die, though he did have to be careful not to bend the card! 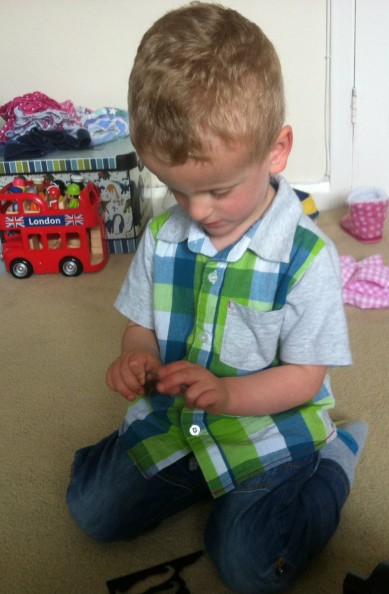 And what were we cutting? Tons and tons of “mustaches” for Aunty Tash for the wedding in August! 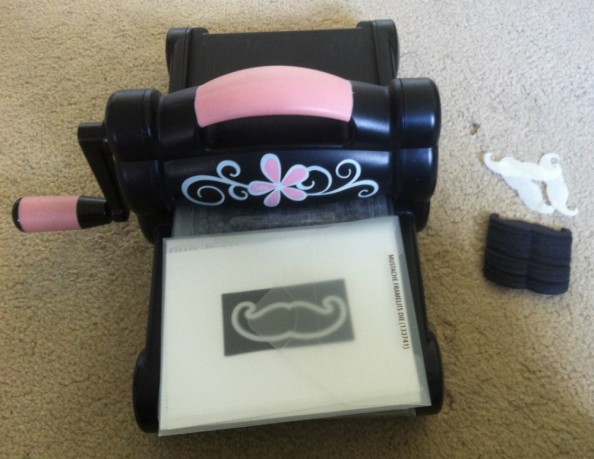 We ended up with 73 mustaches by the time I was finished. Though Smidge gave up after about 15 or so saying he was “bored to tears”, which almost made me cry with laughter! He couldn’t tell me who at nursery had come out with that one, but he knew that’s where he’d picked it up!! Classic! But I was impressed that he stuck it out for as long as he did, especially as we only have one die so we only got one cut per run through the machine. He was a very helpful little bear, and always asked “ready” before he turned the handle (even when he could see it was not ready yet!). We did this while his sister had a snooze, or I’m sure she’d have been fighting to help as well!

Tim and Tash may or may not need this many mustaches, but I’m sure we can find a use for them if not. We just used up all the offcuts of card from when we cut the labels for their sweetie cart favours. It took a while, but it was more fun with a little Big Shot helper than it would have been doing it on my own. After he’d finished the bit he wanted to do, Smidge sat on the floor with me and was playing with his Happyland people and the bus. We had great fun!

On Friday I managed to get a whole bunch of scrapbook pages journalled, so I will share the results of that with you all soon, not least because they contain a sneak peek of one of the new Project Life card kits and accessory packs from the new catalogue – Moments Like These. They are very versatile and I have used them to journal a whole range of photographs! I plan to get some bits done on the computer tonight, and then some crafting later in the week. I also need to plan the project for my NEW CATALOGUE LAUNCH open house event on June 6th – mark your calendars! 10am-1pm at my home. Contact me to book your place and make sure that there is a project pack ready for you to take part.

Have a great day.