As some of you know, I attend a craft club in Basingstoke on a Thursday evening. We have recently changed the hall we have been using, because the cost was increasing beyond what we could afford as a group, as well as the group having got smaller recently. The club is currently “homeless” because of the changes. We also don’t usually meet in the school holidays, so the twins and I had our own little April craft club at home on Thursday! They were allowed to stay up late as it was the Easter holidays, and our friend Caroline came over for dinner and crafting as Daddy was in London for the weekend for his WordCamp London event. (Apologies for the bad photo, Caroline, it was the only one I took!!) 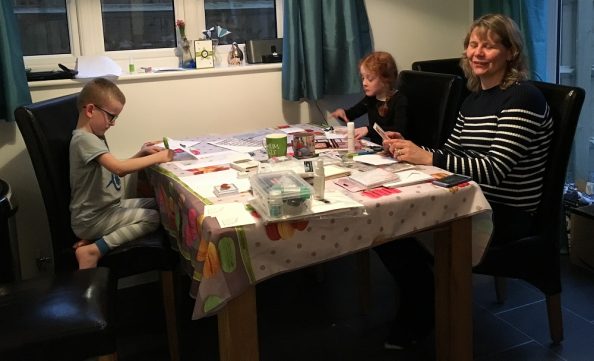 Smudge got out her big box of craft items which she was given by a lady at our Friday morning library craft club, and got stuck into making her a lovely thank you card! 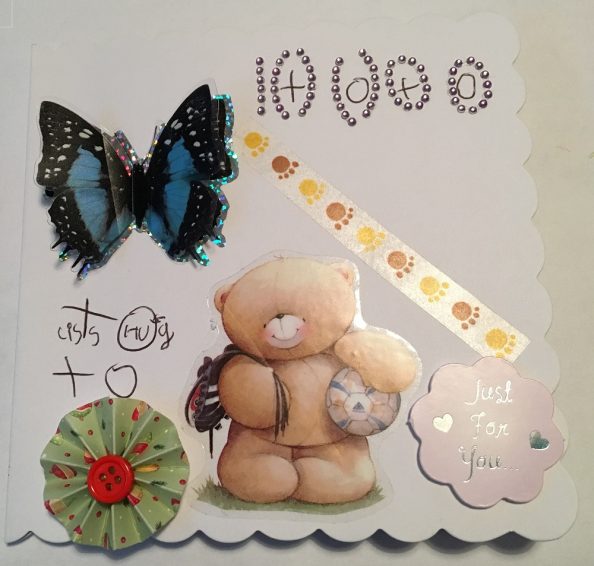 She also decorated the inside beautifully! 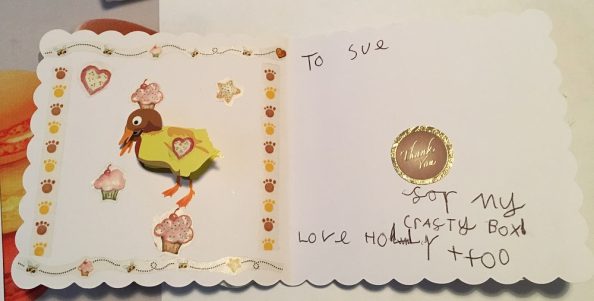 I have already taught her to make sure that she puts a note on the back of her cards so that people know who did such a great job at making them: 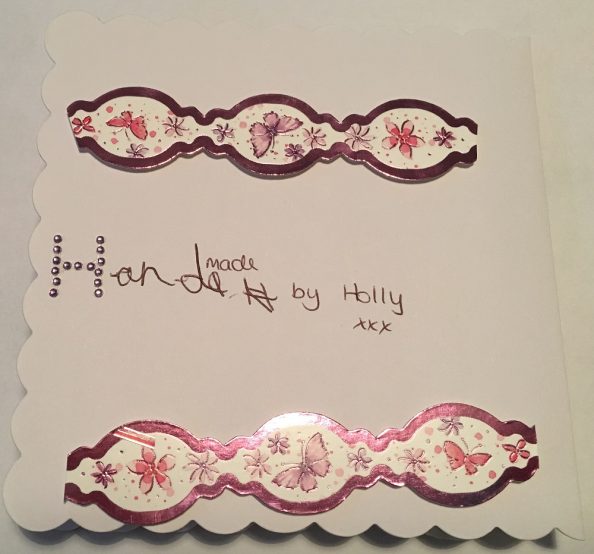 One proud little girl with her card:

Caroline made a card for her friend: 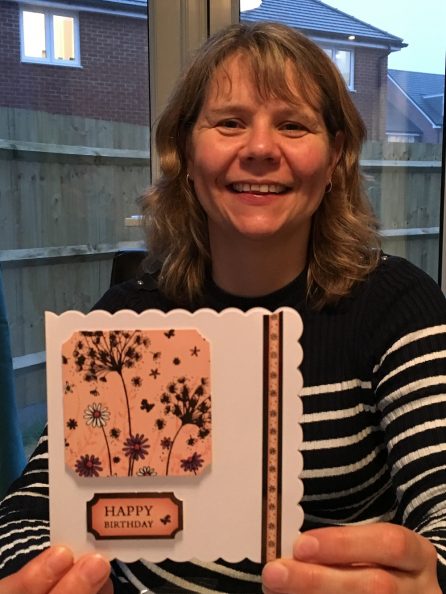 Smidge was crafting as well, but he was quite intent on “stealing” his sister’s stickers! He did some bits, but I didn’t get a photo of him with his creation, somehow. He was very tired, and I put him to bed half-way through our little craft club session – but then he decided he was missing out and came back again!

While the others were happily working on their own little projects, I cracked open my new Animal Outing stamp set which I received at OnStage last weekend. It is a lovely stamp set, and I was quite excited to start using it. I can see it getting a lot of use, but I need to find my more “neutral” colouring mediums to colour these guys in! For some I used my Stampin’ Blends (but these are not orderable until May because they have been so popular!) and I used the twins’ colouring pencils for others, but they are just not up to the job!! 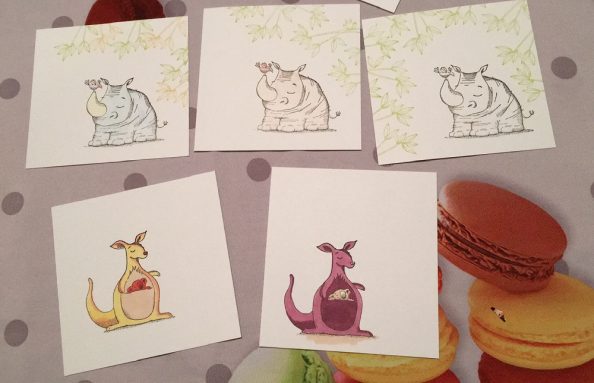 Hopefully we will soon find a new affordable hall to have regular craft club meetings at, and some of our previous members will return to us (I think that the hall we switched to put a number of them off, for various reasons). I love meeting up with like-minded people at craft clubs, and they are a great way to socialise and also to make sure that I manage to get some crafting in as part of my week! Otherwise it is all too easy to let chores and house-stuff take over from the fun of crafting. You could say that craft club is part of my sanity saving plan…