As promised, here is the first post featuring the Christmas projects that I have been working on recently. I’m afraid it uses a retired stamp set Jolly Bingo Bits, but it can easily be altered to use a current stamp set. 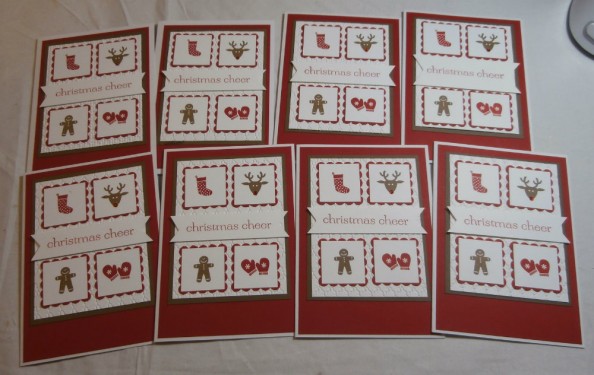 The idea came from a picture I found on Pinterest, and I swapped the brown and red images to put Rudolph on the top right as then I could experiment with something…

This image is as the card was stamped originally: 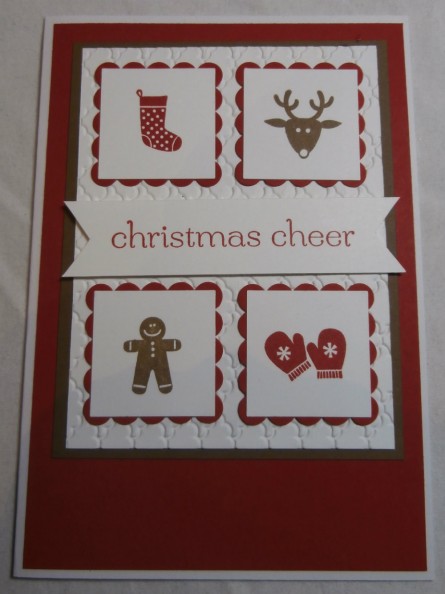 And this image is as the cards were once complete: 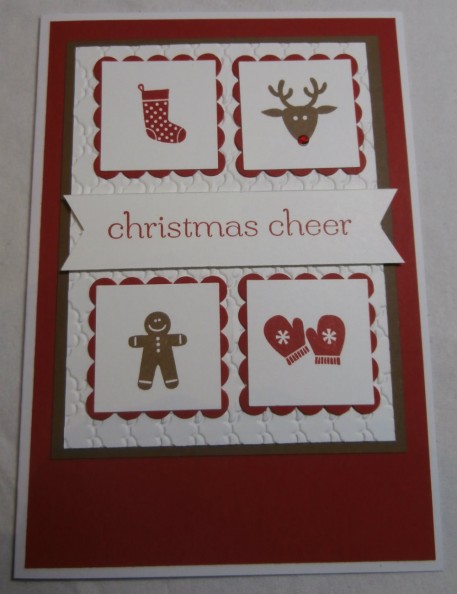 Did you spot the difference? His nose! 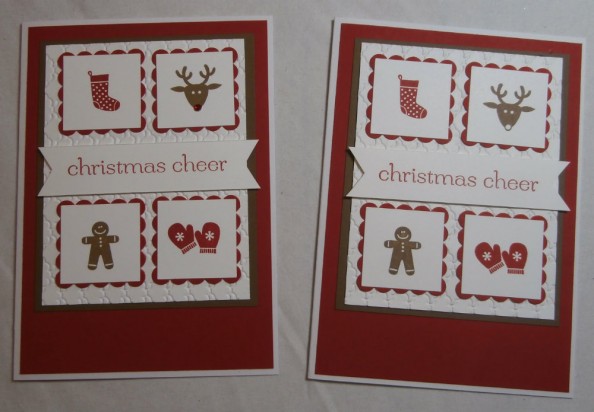 I tried both with and without the red gem, and came to the conclusion that the gem added the final flourish that Rudolph needed. The gems that I used were non-Stampin’ Up! but you could easily use a Basic Rhinestones coloured with a red Sharpie or other permanent marker pen.

I also tried two different embossing folders for the white background: the Fancy Fan and the Square Lattice. Below is the comparison shot, I decided I preferred the fans: 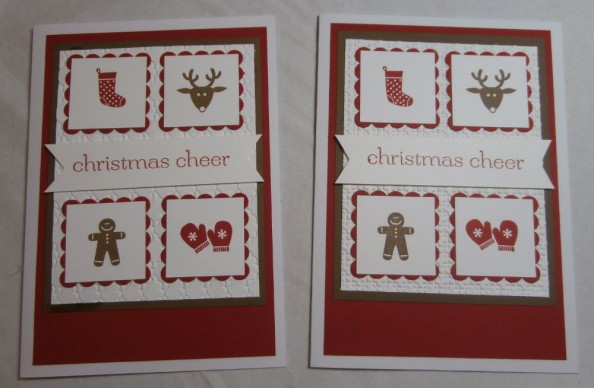 I made eight of these cards, which was my “entry” for August to my Christmas card requirements for this year, based on the Challenge I set in February… How are you doing? What have you made? I’d love to see some pictures!