So, this post is a day late, but hopefully not a dollar short! I guess it is inevitable in an office with lots of males, especially an engineering office with a number of guys in their 20s and 30s, but we have quite a few “gadget heads” in our midst here! One of them is in our team and it was his birthday recently. As he seems to be surgically attached to his new iPhone 6, I thought what better way to celebrate his birthday than with a smartphone-based card? 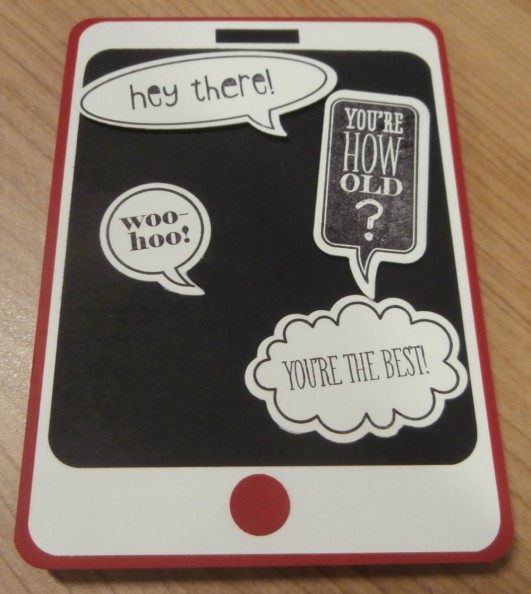 After searching for a little inspiration, this was what I made. I also decorated the inside:

And here’s a close up of the gadgethead-chipboard dude! 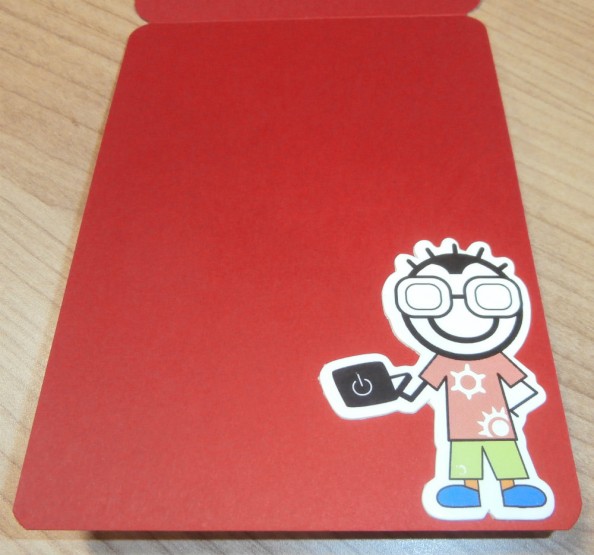 It’s “traditional” that we give birthday cards within our team (and I’ve expanded that to include others in our social circle, now that I’m in charge of sorting the cards and just because I can!) so I have a few people to make cards for these days. The rest of the team were pretty impressed with this one, which was good. It didn’t take ages, but I’m really sad that the Just Sayin stamp set and coordinating Word Bubble Framelits have been retired – I used them tons! I think I will still use them when I get a chance, and just be a bit cheeky! After all, I have bought these products, and I’m sure that a lot of you have the same supplies and we bought them because we like them, right?

And for next week I have some cards using a couple of the brand new sets in the new catalogue. Including another couple of birthday cards and my Father’s Day cards (I made 4!!).

Have a great weekend – I’ve just been informed that my Father-in-Law has tonsillitis, and he came to see us at the weekend so I need to keep a close eye on the twins as that affects them badly. Hopefully they will stay healthy and avoid the bugs! With Hubby away this week, poorly twins is about the last thing we need!

And on the subject of iPhones, I ought to be able to collect mine from the iPhone repair man tomorrow, and I hope that it is all up and running properly now. It was given to me by my sister-in-law-to-be, and it’s been a bit of a challenge sorting it out to be functional, but hopefully we’re almost there now. I can’t wait to have “my” iPhone and be able to set it up exactly how I want it. I currently have an iPhone on loan from a friend, but as I have to give it back, I don’t want to put too much on it or set it up too detailed! Very exciting!