Home ▸ Blog ▸ Events ▸ Training ▸ I am a name, not just a number!

Slightly odd title, you may be thinking? Well it is and it isn’t. I went to a Stampin’ Up! training session this weekend, and we had to make our own name badge. When we got there, we were each given a lanyard to hang our badge from which had a number on it. The numbers were used later in the day for prizes and presents. Sadly, my number was not a lucky one, and I came away without any bonus goodies. But I got lots of inspiration, so I didn’t come away completely empty-handed.

So this post is to show you my (quite plain) name badge. There were lots of different styles, as everyone interpreted the brief in their own way. I was one of the few people to have my name on both sides, though, even though it clearly stated that names must be visible at all times. As these types of badge are notorious for twisting round, this to me meant I had to have my name on each side! I left the reverse plain, other than my name, as I was not expecting it to be seen much.

The front has my name in Raspberry Ripple, and a couple of things that I feel reflects me and my life at the moment – two little smiley babies! 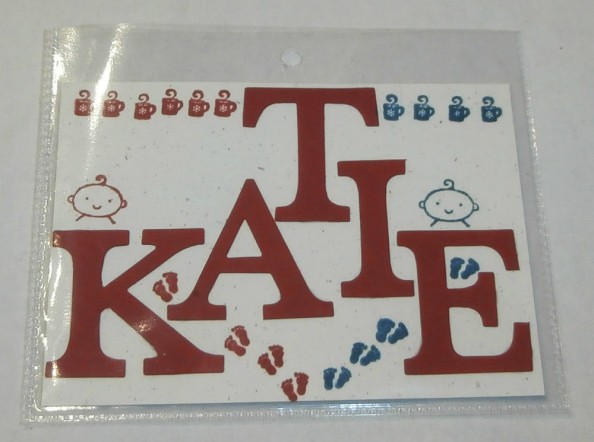 The row of images across the top are mugs, to represent my love of tea and how much of it Gary and I get through in a day! (Though I did not count the cups, so I doubt it is actually a representative number…)

And the back just has my name, in one of my current favourite colours at the moment – Pool Party. The letters were cut from core-dinations cardstock using the Typeset Alphabet Bigz die set. Gary helped with the layout of the letters, so they were not overlapping and were legible as my name! 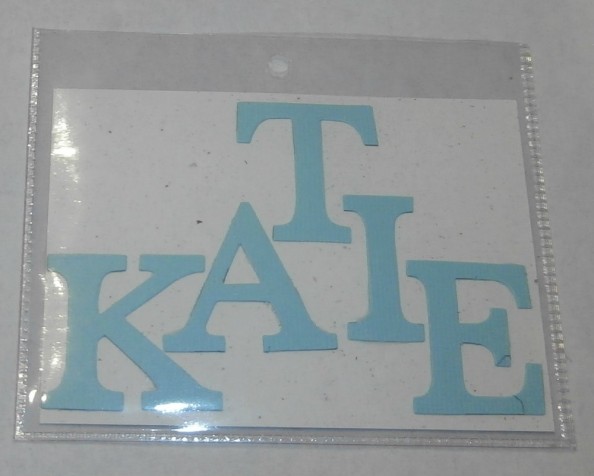 I also popped it into a cut-down plastic pocket to protect it, which worked very well.

I hope you like it – it did the job for people knowing who I was… though I expect a lot of them already know, I seem to be notorious in all sorts of circles!

Tomorrow I will share my swaps that I took with me to training. And over the next little while I will share what I received in return. Some of them are lovely, and some of them might appeal more to you than to me!