I was originally planning to share some butterflies with you today, but as I am writing this post on Monday (trying desperately to get ahead of myself for once!), it is dark with big clouds and is generally ‘orrible outside! So instead, I will share some prettier clouds with you. (Some might argue that to brighten the day I ought to share the butterflies anyway, but I just cannot bring myself to do that!)

So today instead I will share these pretty silver-lined clouds from the Sprinkles of Life stamp set. 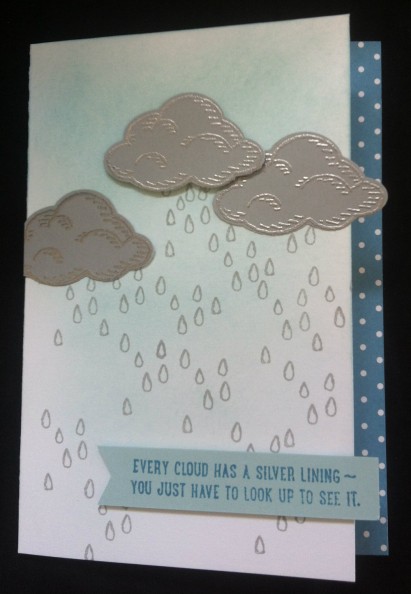 First off, before I tell you about the card, I’d best admit I didn’t make this one. I think it was Pip (though it could have been Fiona, apologies if it was) and it was part of the beautiful displays at our team training a couple of weekends ago. But I will definitely be making some of these, as they are too pretty not to!

As you can hopefully tell, the card has a slightly narrower front than back, leaving a slice along the back edge visible even when the card is closed. This is then mounted with some Designer Series Paper to give a decorative edge, and can be seen more clearly in the photo below of the open card: 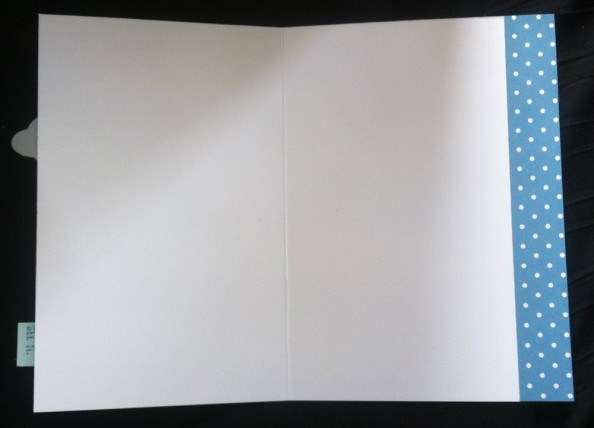 The clouds are silver-embossed which gives them a lovely shine, hopefully you can see this above but it might show better in this next picture: 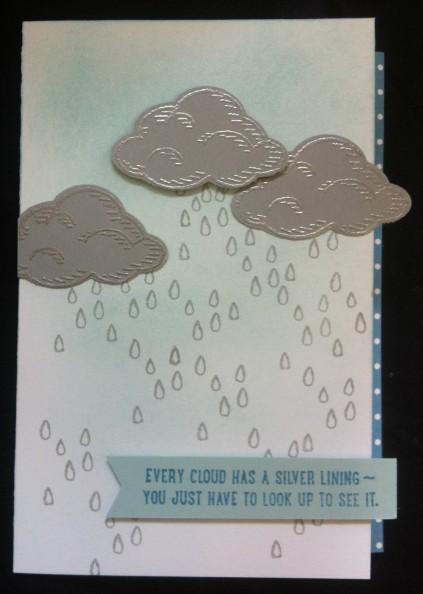 The rain drops and cardstock for the clouds I believe are Smoky Slate (which seems to be my “go to” colour at the moment!), and I suspect that the sentiment banner is Pool Party though don’t quote me on that! I also think that the DSP along the edge is Marina Mist. But any blues will do…. (Anyone else now singing Joseph in their heads, or even out loud?!) I like the cloud and the sentiment peeking off the edge of the card, and the light sponging behind them as it really gives depth to the overall effect. The card base was made with the new Thick Whisper White card which is much thicker and stronger than the standard Whisper White and so is perfect for making card bases and 3D projects as it is much sturdier and more “solid”.

So, the day is still dull and murky as I finish this post on Tuesday morning, but at least we have some pretty clouds to hopefully make you smile. Thanks again to Pip and Fiona for a lovely day of training and such inspiring makes and displays!