There is something that they do at American Convention that until this year we have not had at the European Convention. And that is what is known as a Service Project. Which is basically where all the demonstrators who attend Convention have the opportunity to spend some time doing something nice for others less fortunate than ourselves.

But that all changed this year, as we had our very own Service Project in Manchester. We started very simply, by having a pack (like we received for our make and take projects) which you picked up in the service project area, and this pack contained all the consumable items to make two cards. These cards were then given to the Stampin’ Up! staff when complete and will be passed on to people who have to make use of the Ronald McDonald Houses across the UK, due to having sick children who need support and family around them. Stampin’ Up! have recently become a global sponsor of Ronald McDonald Houses, and so it made sense that their first European Service Project would be in aid of that charity.

The cards use the Tag It stamp set, which was one of the three sets which we received in our Convention bag. All the projects that we work on over the weekend are based around the stamp sets we receive – partly as we then all have them available to us and do not have to share to get the projects completed if we do not want to, but also partly to give us lots of ideas of how to use the sets when we bring them home and show them to you, our customers! Great planning, huh?

As I said, the kit contained the pieces for two cards – I am sharing one with you here, and will share the other in another post. I think that they are lovely, and deserve a post each for you to appreciate them. I hope you like them! 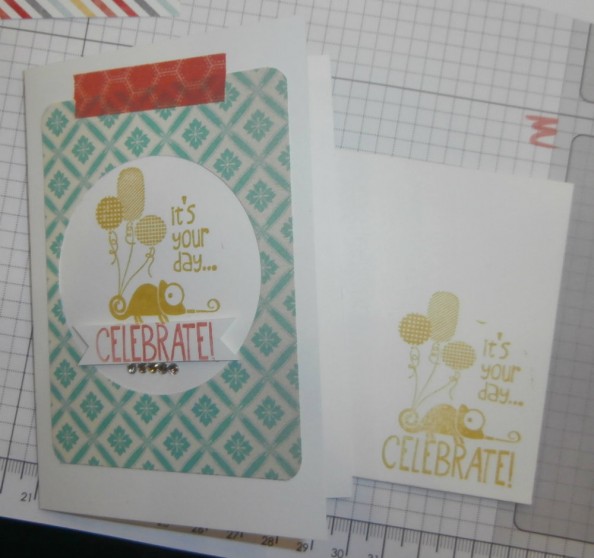