As promised yesterday, here are the snowmen which the twins and other children made for Tuesday Tots this week. Actually, these are the “practice” ones that Smidge and Smudge made on Sunday night, but they are along the same lines! 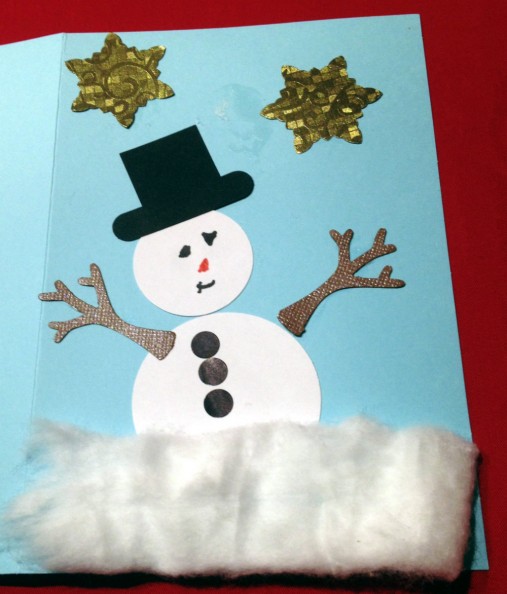 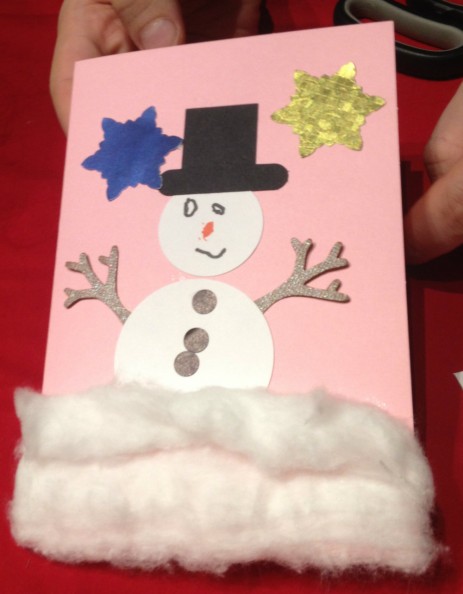 The snowmen were made up using lots and lots of Stampin’ Up! punched shapes – can you identify all the punches used? They are all linked below, but here we go:

We also used Sharpie markers in black and orange for the eyes and noses respectively, cotton wool balls (which were unrolled) for the snow, and sticky dots coloured black for their buttons. The twins needed very little help to put these together, and all we did was to put the glue onto each piece for them. The faces are all their own work, and I think they did a fabulous job!

Here’s a great photo of the crafting in progress: 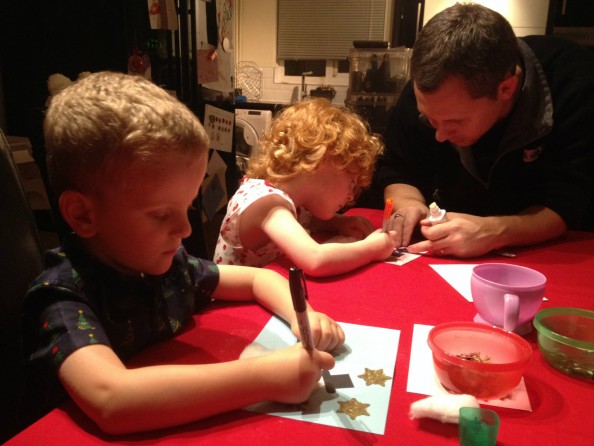 The only real difference between these cards and the Tuesday Tots ones is that we bought a pack of 30 6×6″ card blanks for Tuesday Tots in Kraft card. Instead of my pink and blue card blanks which the twins chose from my mega stash! I had a subscription to Let’s Make Cards magazine a few years ago, and ammassed a lot of card blanks from the kits that came with it. I think the main reason I still have lots of them is that they are not necessarily the colours I want for my projects (and don’t perfectly colour match as they are not Stampin’ Up! blanks!!). I am gradually using some of them up though, especially on projects with the twins.

Gary has been involved in running Tuesday Tots for a while now, and it seems to be going well so far. This is the first craft he has been responsible for, though they have a craft activity every week, and it went down very well. I had one of the Tuesday ladies at least who asked for a Stampin’ Up! catalogue, so that’s great. I think she’s mainly interested in getting some circle punches as she’s a childminder and finds cutting good circles out really hard. So do I, which is why I love punches! I hope that Sharon decides to invest in a few, as they will make life so much easier for her.

Next Tuesday I have no idea what their craft activity is, but I don’t think they have one the following Tuesday as it’s the last group before Christmas. I do believe that there will be a special visitor coming along that week, so that’s exciting. I’m taking the morning off work to pop along to visit and help, but I don’t count as the special visitor!

If you need some circle punches, or anything else for that matter, then be sure to visit the shop to stock up. I can highly recommend the extra thick Whisper White cardstock for your base cards and other sturdy projects – it is fabulous. I just ordered some more along with some pre-order goodies… very exciting! I now have a ton of freebies heading my way for various reasons. I like new stuff, but I like new FREE stuff even better 🙂

I will have a very busy weekend as it’s the twins’ birthday party on Saturday and there’s still a bit of stuff left too be done for that. Hopefully I will plan it well and there will be plenty of time to get it all done… Here’s hoping!

Have a great weekend, and I will be back on Tuesday with another new project for you. Maybe we’ll do some more Christmas cards, eh?

I will leave you with pictures of my “babies” showing off their artwork: 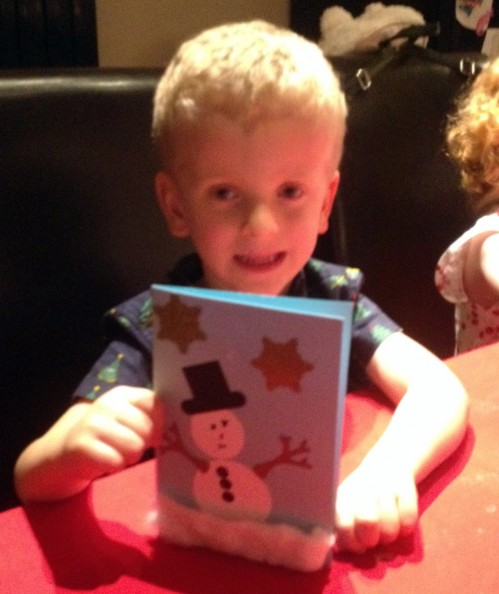 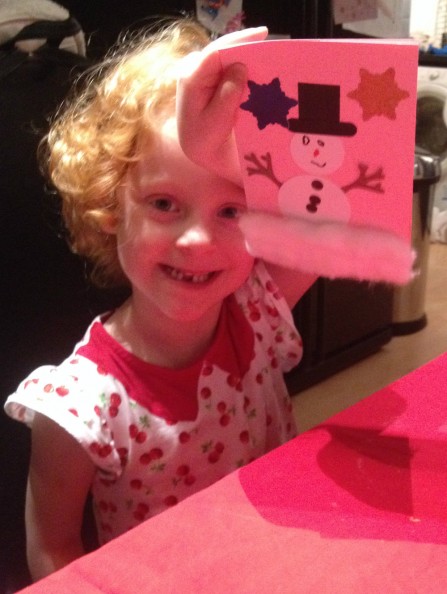